Deanna Morris, 2020 NC SHAPE President states, “The two individuals selected reflect the highest quality of athletic education excellence and dedication to the youth they serve.  We are so pleased to be able to highlight these educators as they represent the very best from the more than 4,000 K-12 health and physical education teachers working in North Carolina.”

This year’s recipients include:

At Cedar Ridge, he has served as the department chair for physical education for 18 years.

Eight of those years, he also was the Head Coach of the Varsity Baseball Team, with 105 wins and three Conference Championships.

Simmons has been married 16 years to his wife, Noelle; together they have two daughters, Reagan, 13, and Madison, 11, both of whom are active in school and travel sports. In his spare time, Simmons watches all varieties of sports and he enjoys supporting his daughters at their volleyball and softball events. 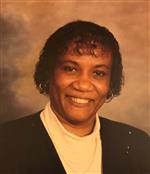 Margratha Y Chambers retired from Riverside High School in Durham. She started at Githens Middle School and transferred to Riverside High School as a teacher, coach and Athletic Director for 27 years. She completed 37 years in Durham Public Schools. Coach Chambers was inducted into the Alex Rivera Hall of Fame of North Carolina Central University for meritorious service with the Women Athletic Association. The Class of 2011 named the gymnasium basketball court (“Chamber’s Court”) in her honor.